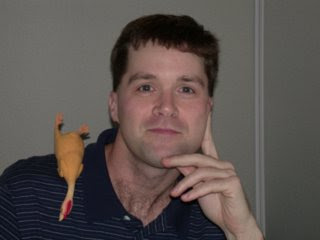 It has been some time since I've posted here. I still play euchre and am currently in a league at a bar near my house called Lotties. It is great fun. The players are all interesting, nice, and provide an excellent audience.

I, Perry Romanowski, must confess that I didn't always think euchre was the greatest game. As any player has ever discovered, there is a lot of luck. You could be the greatest euchre player in the world and still lose to opponents who are dealt a lay down loner. As a card player, I always found this a little frustrating.

But to be the greatest euchre player in the world you need to get past the feelings of frustration caused by a loss. Whether you win or lose is highly influenced by luck. That is why your standards for whether you played well should not be tied to the outcome. But rather they should be tied to how well you played the game.

Wins and losses happen. But the greatest euchre players in the world do not let this affect how they feel about their performance. If you played the game perfectly, then that is your victory.
Posted by Perry at 7:55 AM 8 comments

The Euchre Universe is on vacation (caribbean cruise) and won't be able to update until April 23. Meanwhile, we'll be honing our skills by introducing and pounding these east coast dandies in our favorite card game...euchre.

He's now off working to become the world's most famous cosmetic chemist.
Posted by Perry at 8:56 AM 11 comments

Introducing New Euchre Software that can help you play better

The Euchre Universe is happy to announce the release of an exciting new piece of software. This program can significantly improve your euchre play. Go check out Fred Benjamin's Euchre Challenge and download a free trial version.

Having been one of the beta testers, I can attest that this software features some of the most 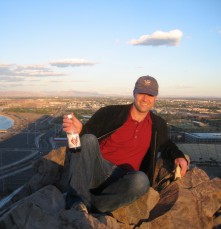 challenging euchre bots that you'll encounter. Be careful because they don't always play in ways that are expected.

Of special note is the Euchre Simulator that allows you to input various euchre hands and have the computer automatically play out the hands. It keeps track of the results and lets you determine what the best strategies are of any given hand.

Be sure to get the companion euchre strategy book along with the software. We'll be doing a more thorough review of the book but it is full of excellent euchre knowledge.

And if you have thoughts about how to make the software better, feel free to post your opinion here or at Yahoo! Euchre Science.
Posted by Perry at 10:55 PM 14 comments

You read the Euchre Universe, follow the discussions at Euchre Science, play online and live games, and even participate in a euchre club. But if you're not watching the performance of other euchre players, you are missing a golden opportunity to improve your game.

According to a recent paper in the Journal of Neuroscience, researchers found that...

"when a person watches someone else perform a task with the intention of later replicating the observed performance, motor areas of the brain are activated in a fashion similar to that which accompanies actual movement."

This means you can actually CHANGE YOUR BRAIN by watching other people play euchre. So,

if you want to become a better euchre player, put those good ol' euchre playing cards

down and go watch some people play euchre.

But the important part is that you can't just watch the games passively. You've got to watch the live or online euchre games with the intention of copying the plays that good players are making. Passive observation is almost worthless for euchre game improvement.

If you can't find a live game with a great player worth watching, go check out the many online games that allow spectators. You can find them on Yahoo, Hardwood Euchre, or Pogo.
Posted by Perry at 9:18 PM 0 comments

Yahoo Euchre Science - A place for you euchre questions

While all things euchre can be found on the Euchre Universe, there are pockets of useful information at other spots on the web. We've mentioned other places like Euchrelinks.com, Natty Bumpo's site, and Euchre-There is no other Card Game. Today, I wanted to direct you to a great source of euchre talk created and moderated by Gerry Blue creator of the Euchre Laboratory.

If you really want to find out what a bunch of euchre "experts" think about a particular euchre situation, go to Yahoo's Euchre Science group. Sure you have to sign up but it's painless and they won't send you a bunch of spam.

But when you're here, you'll find wide ranging opinions on all kinds of subjects like

Really anything else about euchre you can ask here and you'll get someone's opinion. Before you ask, check through the 5 or 6 year's worth of archives. There's a huge amount of information here and you can learn a lot. Some of it is garbage but you'll find a few gems here and there.

So, if you've read through the entire Euchre Universe and you just want to get other people's perspective, check out Euchre Science today.
Posted by Perry at 12:42 PM 2 comments

Harvy Lapp of Euchrelinks tipped the Euchre Universe off to this interesting euchre computer quiz. If you are interested in computer programming this one might be right up your alley. It's in a computer language that I don't know but maybe you'll know it.
Posted by Perry at 10:48 PM 3 comments

6 Reasons Why Euchre is Better Than Poker

Sure we here at the Euchre Universe do things other than play euchre. We juggle, play table 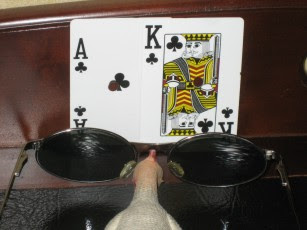 tennis and even sometimes throw a little cash around the poker table. But as every serious euchre player knows, Euchre is Better Than Poker! For those of you who don't know, hair are 6 reasons.


1. Poker is mostly boring. In the wildly popular poker game Texas Hold 'em there are only 1326 hands to start. Of those there are only 169 that are distinctly different. In euchre, there are 42,504 hands and you have to play the cards you get. Anything can happen. In poker, you'll spend most of your time throwing your hands away and watching everyone else take your money.

2. Without money, poker is senseless. Playing high-stakes euchre is great fun and certainly adds excitement to the game. But money is not a crucial part of the game. It's a game of intellect. It's your brain against your opponent's. Poker is a financial transaction. You might as well be a stock broker. Playing poker without money is like voting for a Republican in Chicago. There's no point.

3. Euchre is a team effort. In a poker game, your success is celebrated by you. Winning creates a sense of desolate isolation. Your opponents despise you unless you lose. In euchre, victory is celebrated with a companion. It's a game of sharing, the joys, the pain, the fun. And besides, you get to blame someone else if you lose.

4. Euchre is intellect, poker is emotion. Euchre is won by the players with the most smarts. Poker is won by the guy who's luckiest. Last weekend I lost a poker hand to a guy who held a 5-2 off-suit against my A-Q suited. A 2 hit on the river. Go figure. Skill in poker is a myth.

5. You can't get arrested for playing euchre. You ever hear of a euchre game getting busted by the cops? It doesn't happen. That's why euchre is dominated by scientists, poets and philosophers. Poker is played by criminals.

6. The characters are more interesting in the euchre world. Not even close here. I'd put our Natty Bumpo against their Phil Hellmuth any day.

Play poker if you must. It's a fine enough game. But when you are ready to use your brain, start playing euchre. It's really the best game in town.

Update: Harvy Lapp and Natty Bumpo weigh in on their feelings about Euchre and Poker. This is what happens when the most famous cosmetic chemist writes about euchre.
Posted by Perry at 7:31 AM 9 comments